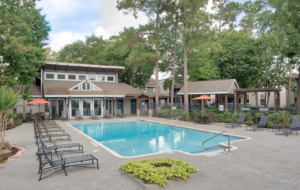 CYPRESS, TEXAS – September 15, 2021 – San Francisco-based real estate investment firm Hamilton Zanze (HZ) is pleased to announce the sale of The Point at Cypress Woods Apartments, located in the suburbs of Houston. HZ purchased the property the property in 2014 and the sale closed on August 25, 2021.

During their ownership, Hamilton Zanze upgraded unit interiors with new appliances, flooring, and countertops. The company also improved community amenities including pool area enhancements, landscaping and irrigation repairs, carport installation, exterior roof/siding upgrades, and repainting all buildings. The Point at Cypress Woods was 94% occupied at the time of sale.

The property is close to several major employers in the market, such as St. Jude’s Hospital (approximately six miles from property) and Hewlett-Packard (four miles from property). The community’s location provides easy access to two major highways connecting residents to downtown Houston and surrounding cities. The Point at Cypress Woods is well-located in the city of Cypress, which is now ranked #50 among the top 100 highest-income urban areas in the U.S. by per capita income and just outside of the Houston metro area, the largest economic/cultural center of the American South that is expected to see rapid population growth in the coming years.

ABOUT HAMILTON ZANZE
Hamilton Zanze (HZ) is a private, San Francisco-based real estate investment company that owns and operates apartment communities. Since its founding in 2001, Hamilton Zanze has acquired over $5.1 billion in multifamily assets primarily in the Western, Southwestern, and Eastern U.S. The company currently owns and operates 96 properties (21,975 units) across 15 states. For more information, visit www.hamiltonzanze.com.