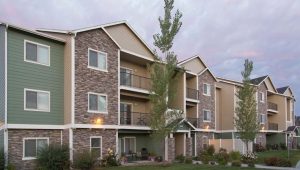 “Selway was right down the fairway for Hamilton Zanze. Its size, vintage, and the Boise submarket itself all presented exciting opportunities at the time of acquisition,” said Anthony Ly, director of dispositions at Hamilton Zanze. “We are elated to have executed on this deal and delivered a positive outcome for our investors.”

Selway Apartments was built in 2009 and is located at 2552 West Selway Rapids in Meridian. The property comprises 171 units, averaging 942 square feet, across 19 buildings. The community has a pool, an indoor pool spa, a barbecue area, and a fitness center.

Selway Apartments is located in Meridian, the second largest city in Idaho. Selway is in close proximity to several major Boise employers, such as Boise State University. The property is close to Valley Regional Transit (VRT), which connects Meridian to other major areas in the Boise MSA. Selway Apartments is located 17 miles from Downtown Boise and 16 miles from the Boise Airport.

ABOUT HAMILTON ZANZE
Hamilton Zanze (HZ) is a private, San Francisco-based real estate investment company that owns and operates apartment communities. Since its founding in 2001, Hamilton Zanze has acquired over $5.9 billion in multifamily assets primarily in the Western, Southwestern, and Eastern U.S. The company currently owns and operates 131 properties (22,035 units) across 17 states. For additional information, visit www.hamiltonzanze.com.