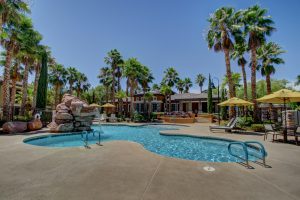 LAS VEGAS, Nev. – July 21, 2022 – San Francisco-based real estate investment firm Hamilton Zanze is pleased to announce the sale of Alicante Apartments in the desirable Las Vegas-Paradise submarket of Las Vegas, Nevada. The firm purchased the Class B+ community in February 2017 and the sale closed on July 19, 2022.

“Alicante was right down the fairway for Hamilton Zanze,” said Anthony Ly, senior director of dispositions at Hamilton Zanze. “When acquiring the property, the value-add potential was very clear. We were able to capture higher rents through unit upgrades and enhancements to amenities throughout the property.”

ABOUT HAMILTON ZANZE
Hamilton Zanze (HZ) is a private, San Francisco-based real estate investment company that owns and operates apartment communities. Since its founding in 2001, Hamilton Zanze has acquired over $6.2 billion in multifamily assets primarily in the Western, Southwestern, and Eastern U.S. The company currently owns and operates 132 properties (22,821 units) across 17 states and 30 markets. For additional information, visit www.hamiltonzanze.com.