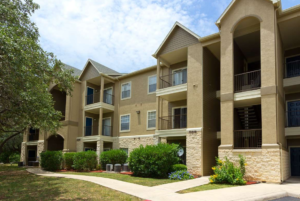 “San Antonio is the second largest city not only in Texas but the Southern U.S. It has seen strong growth with a growing preference for apartment living,” said Anthony Ly, director of dispositions at Hamilton Zanze. “The sale of Salado Springs is a result of successful capital improvement programs and strong management of the property.”

Salado Springs was built in 1997 and is located at 12727 Vista Del Norte in San Antonio. The property comprises 352 one-, two-, and three-bedroom units averaging 856 square feet. The community is pet-friendly and has a resort-style pool and spa, 24-hour fitness center, movie theater, picnic area with barbecues, covered parking, and a dog park.

Hamilton Zanze (HZ) is a private, San Francisco-based real estate investment company that owns and operates apartment communities. Since its founding in 2001, Hamilton Zanze has acquired over $5.3 billion in multifamily assets primarily in the Western, Southwestern, and Eastern U.S. The company currently owns and operates 99 properties (21,995 units) across 15 states and 28 markets. For additional information, visit www.hamiltonzanze.com.